Exactly a year ago, well into a pandemic that unleashed a spike in child sex abuse, Netflix released the film Cuties. The storyline centered on an 11-year-old Senegalese girl living in France who, like all preteens, struggles in defining her own identity while desperately seeking acceptance from her peers; in this case, a group of rebellious girls aspiring to win a dance competition. The movie sparked international outrage, as many viewers were deeply disturbed by the highly sexualized dance choreography performed by the very young actresses. The intent of the director was, in fact, to make the audience uncomfortable, thereby evoking a visceral reaction to the hypersexualization of girls. Unfortunately, the movie perpetuated the very social ill it was intended to critique by sexually exploiting the young actresses through their dancing.

When I viewed Cuties (which I don’t recommend even though it is, unbelievably, still available on Netflix) was a deep sadness and concern. The young actresses’ facial expressions mimicked those in hardcore pornography. The dance moves performed by the girls were unmistakably simulating sexual positions. Filmography focused in on the minors’ private areas. And there was, in fact, nudity of a teen character. It’s worth noting that several scenes could be found by legal definitions to be child sex abuse material (including federal law)

While I was upset about the exploitation of the young actresses themselves, what was equally disturbing to me was the reality that the hypersexualized dancing in the movie was also taking place on stages and on social media throughout the world. It was the type of dancing I saw daily on TikTok, Instagram, and Snapchat and that I knew was being uploaded to pornography sites. In fact, clips of Cuties were posted on Pornhub and I even had a pornography producer reach out to me with concern that Cuties was “a pedophile’s dream” – not only because it was so easily accessible, but because it was normalizing the idea that it was acceptable to view children as objects of pleasure.

What was perplexing about the reaction to Cuties was that few people seemed to make the connection between what was in the movie and how commonplace that type of dancing is in our society. Where was their outrage at TikTok? Where was the recognition that they themselves were posting dance performances by their own children on social media that were just as bad as what they were criticizing in the movie? As if somehow the exploitation in Cuties was worse for being studio produced than it being uploaded from a smartphone by a parent or a child themself.

Being a lifelong dancer myself, I know sexualized children’s dance is sadly not new – nor are the explicit and implicit messages that a girl’s (or woman’s) worth is in her sexual appeal to men. Even as a preteen – when I didn’t truly understand the full implications and couldn’t verbalize what I was feeling or why – I was deeply uncomfortable watching girls younger than myself during recitals suggestively licking their lips, gyrating their hips, and strutting off the stage while shaking their behinds. I was confused as to why the audience thought this was cute; giggling and exchanging knowing glances while clapping and cheering. Even though I wasn’t the one dancing, I felt somehow violated by these “performances.” But what also stuck in my head was “this is what people like” – a message only reinforced by the female teen idols of my time almost all of whom sang while performing the same explicit moves on MTV. This is what girls need to do to be adored, to be praised, to be seen… I concluded. This type of dance was harmful to me as a young girl seeking to define my self-worth and value in a confusing world.

While hypersexualized dancing is not new, what is novel is how easily young people can access harmful material online and how easily accessible our children are themselves by others through the internet. This phenomenon is actually very clear in Cuties, where the girls watch and imitate highly sexualized dance moves of older girls and adult performers – including from pornography – that they’ve watched on their smartphones. And then they also post their own dance videos on the internet, eagerly watching who has viewed and commented on them. It is no surprise then that growing numbers of children, girls in particular, are moving from posting sexualized dancing on social media for “likes” to selling self-generated child sex abuse material for money on platforms like OnlyFans. The combined ease of access to harmful material, the obsessive need for approval that social media creates and feeds (especially in young people), and how quickly predators can access children (as well as their images online), and you have an ecosystem that is ripe for exploitation of children.

When I was a young dancer, I thankfully didn’t have to contend with and defend myself against the relentless, deafening onslaught and mass distribution of social media. Performances that would have been limited to a family’s VCR can now be viewed by millions on Youtube. Pornography was not so easily accessible and certainly hadn’t yet permeated the mainstream as it has now – with the violent, racist, misogynistic images a few clicks away. And while the music and entertainment industry certainly included highly sexualized dance (I grew up in the ages of Madonna and Britney Spears), it was not easily accessible or as normalized and celebrated as it is now. I don’t believe the culture – including dance culture – was “grooming me” for sexual exploitation and abuse to the extent that it is grooming young people today, especially through technology (the idea that our culture is grooming girls is not mine, but is a direct quote from a sex trafficker).

At its best (and it was the case for me), healthy dance is a form of empowerment, physical and mental strength, and deep joy and innocent abandon. Sexualized dance of children harms the individual child’s healthy development (socio-emotional, psychological) and it harms children as a group, normalizing the idea that children are to be viewed and used as object of pleasure. Parents and caregivers of young dancers must educate themselves about the harms of sexualized dance, be aware of what their children are watching and posting – and who they’re interacting with online, and have open, honest, consistent conversations with their children about their unique value and worth, harms of pornography, online risks, and how to defend themselves from harmful influences.

Please email Netflix to stop sending the message that exploitation if justified when framed as entertainment. Netflix must stop hosting Cuties: https://endsexualexploitation.org/netflix/ 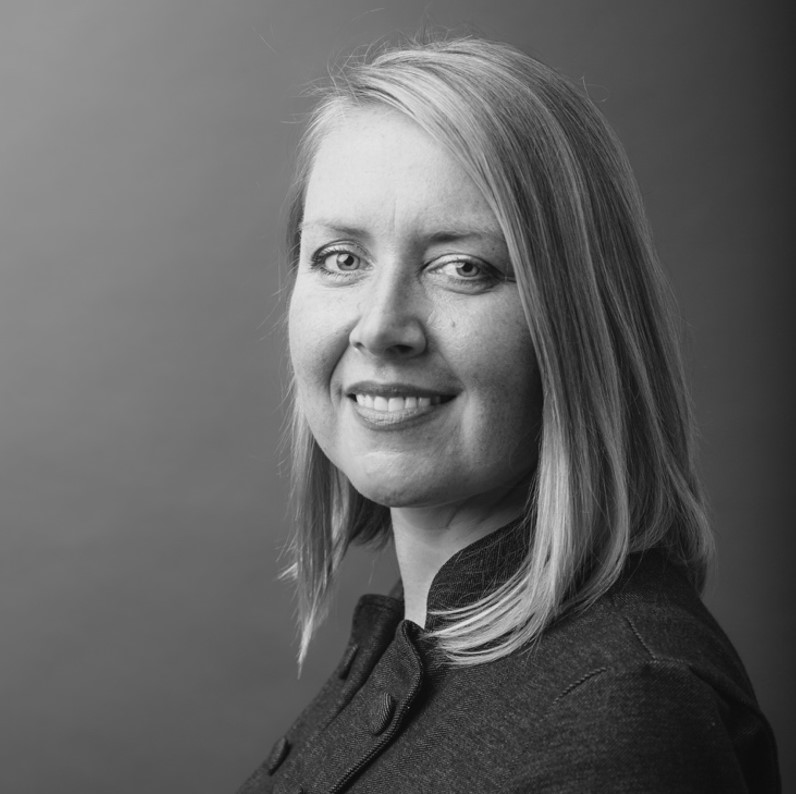 Lina Nealon is director of Corporate and Strategic Initiatives at the National Center on Sexual Exploitation where she holds mainstream companies accountable for facilitating and profiting from sexual abuse and exploitation. Previously, she served as the Executive Director for Girls on the Run of the Triangle (North Carolina), a leadership and character-building program for girls in 3rd-8th grades. Lina has worked for more than a decade promoting women’s leadership and combating all forms of sexual exploitation. She is a lifelong dancer (ballet, modern, Lithuanian folk-dancing) and though her formal dancing days are over, she loves to dance in the kitchen with her husband Brian and their four little aspiring dancers.