Navigating Hyper-sexualization and Abuse Through the Male Gaze

There are very few experiences in this life that stimulate the mind, body, and soul in the way that dancing does. Dance has the unique ability to speak in a way that words cannot, and impact us on a deeper emotional and spiritual level. Anyone who has ever felt the unparalleled, visceral feeling of completely losing themselves in the movement, knows firsthand just how freeing the art can be.

That said, because dance is a movement art, a dancer’s body is their instrument. In the wrong hands, this reality often translates to extremely toxic, dangerous, and detrimental environments that can no longer continue. Over the past few decades, especially since the social media age, educators are seeing a rise in hyper-sexualization and abuse in the classroom. I don’t plan on calling out any studios publicly, but as an educator and dancer, I have seen my fair share of questionable and inappropriate behaviors on the stage and behind the scenes.

This is a very large, complex issue that cannot possibly be fully explained and addressed in a single newsletter. It affects both adults and children, but for today, my focus is specifically on youth studios. My goal is to acknowledge the problem, and introduce possible causes from my own research and personal experience in hopes to create a dialogue moving forward. By no means am I expecting anyone to 100% agree with everything I say here. Rather, my intention is to present my perspective and let you think for yourself.

To start, abuse is extremely broad, and can manifest itself in many different ways and many different environments. In dance specifically, examples of what I’m referring to is when children are exposed to:

This is not an exhaustive list, but merely a starting point to start thinking about the environments we live, work, and dance in. But why is this the case? To start, let’s take a deeper look at a couple things. Instant Gratification and Social Media, and the Male Gaze.

In my personal opinion, based on my own research and lived experiences, one major contributing factor is social media and our instant gratification society. Today, we live in a world where anything and everything is streamlined directly to our pockets in mere seconds. It’s all about the likes and the views, and who has the most followers. The increase of technology can be very helpful in the dance field, but it also has caused a lot of damage too. In 2014/15, Microsoft did a study on narrowing attention span. As it turns out, in 2000, the average attention span was around 12 seconds. This dropped to just over 8 seconds by 2013! A staggering 4 second difference! While this data is now 7+ years old, we can still get a rough idea of how our attention is narrowing to focus on an increasing abundance of information through the internet.

In case you’re interested in more, here’s a great link to a study on this topic:

What this means for dance, is that since the introduction of dance on camera, we have seen a gradual decrease in attention span, and an increase in flashiness, big tricks, and other unhealthy movements in attempts to grab the little attention we have.

To that end, sex sells.

As painful as it is to even utter these words, the dance culture we have now would rather show young girls dancing with sexual intent, and showing off more skin because they get more views and likes on social media than slow, meaningful movements. From my own observations, this is especially the case in competitive dance where scoring is involved.

On the outside looking in, clearly we all would say sexual exploitation of children is wrong, but why do we put up with it? Is it because we, too, are victims of instant gratification? I can’t speak for everyone, but personally I can admit I’ve fallen into the curse of attachment to my own cell phone and pressures of getting likes and views on social media.

Are we contributing to the abuse by our increasing need to be amazed with every video, or dance? Is it possible to undo this trajectory and learn to slow down?

Remember when I mentioned that sex sells? Have you ever stopped to think about why that is? To understand the nuisances behind that question, we have to take a step back, and look at our country’s history. At the foundation of our country, our forefathers promised that “All men are created equal” yet:

-Until 1862, with the signing of the Emancipation Proclamation, wealthy whites owned other humans as property.

-Until Kathryn Bigelow’s “The Hurt Locker” (2010), a woman had never won an Oscar for best director.

Our country was founded by, and for white men.

While we have come a long way throughout history, this deep, rooted reality affects how we live our lives to this day, and we have to acknowledge it. I’ll be the first to admit that, as a white man, I have contributed to, and benefitted from a society that was geared toward people that look like me. So what does all this mean?

In film and other media, we experience what is commonly referred to as the ‘Male Gaze’. While there are layers of complexity and nuisance, the Male Gaze is the portrayal of women and the world, from a masculine, heterosexual perspective that presents and represents women as sexual objects for the pleasure of the heterosexual male viewer. In simple terms, we are trained to see the world through the eyes of straight, white men. This projected male perspective deliberately sexualizes women, and we absorb that perspective through our media consumption.

For example, take the 2007 Blockbuster film Transformers. There is a scene where the character Mikaela gets out of the car to take a look at the engine. The following scene plays angelic music in the background, and spends 30 seconds of screen time objectifying Mikaela by showing close ups of her body while the main protagonist, Sam, stares her down.

In these moments on screen, our attention sees the literal gaze of the masculine character, which trains us, the audience, to also objectify Mikaela. Whether or not we realize it, this phenomenon is deeply rooted in the media we consume, and has been for a long time. Personally, I think this concept can very easily be applied to dance. But what do you think?

If this forced perspective exists in the media, is there also a similar effect present when we choreograph and watch children dance? Are we subconsciously trained to sexualize dancers’ bodies, just as we are when watching a supermodel in a blockbuster film?

Where do we go from here?

As previously stated, this is a complex, multifaceted issue that won’t be changed in a single day. However, the first step to solving the problem is to acknowledge that the problem exists. It is my goal to bring about self reflection and create discussion. For me, I still have lots of growing to do in order to make the much needed change, but we all have to start asking ourselves tough questions. Otherwise, we run the risk of making a growing problem worse. Dancers, parents, and educators alike, we all play a role in creating a safe, nurturing environment to grow. You tell me, where do we go from here? 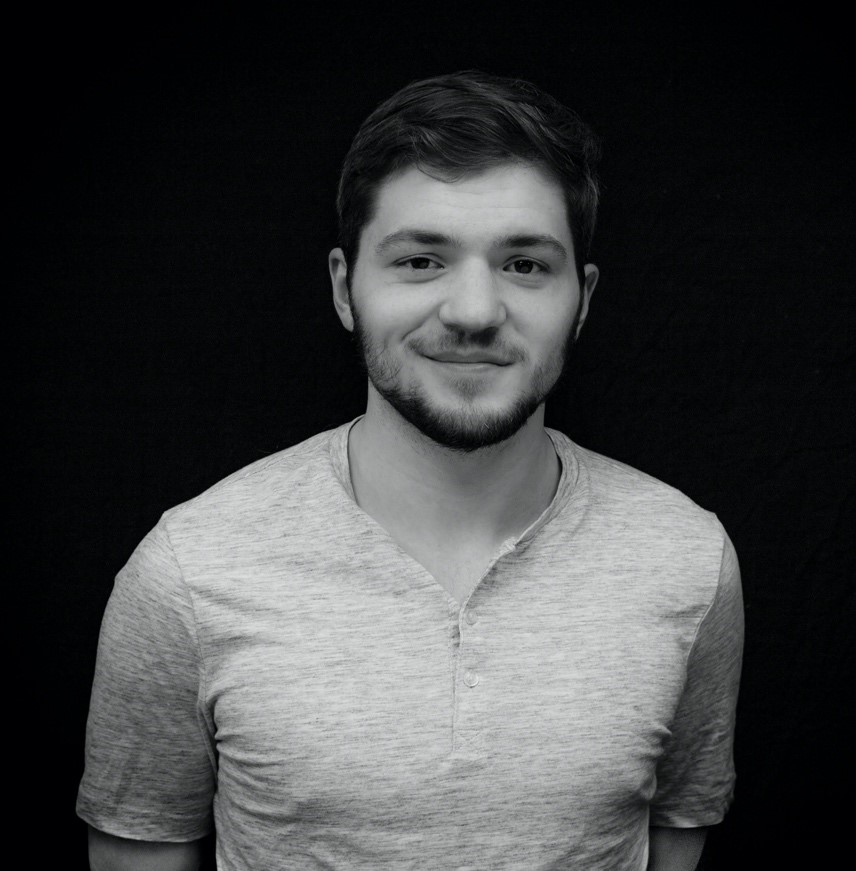 Professional dancer, educator, and youth advocate, Keenan Kangas strives to create dialogues that challenge the status quo. Keenan got a late start to formal training, taking his first classical ballet class at 19 years old. Entering the dance world as an adult male gave him a unique perspective on the artform. In spring 2020, Keenan graduated from Grand Valley State University in MI with a Bachelors of Science in Women, Gender, and Sexuality Studies with a minor in Dance. He now dances with Ardent Dance Company in Chicago IL, as well as teaches preschool full time. Keenan takes great interest in using his voice for the greater good, and loves creating challenging choreography that speaks on social issues.