This article is dedicated to the girls who haven’t had a chance to know better.

“My job required one thing of me, to be an object for arousal and consumption. I started dancing my heart out in the studio, but I ended up coddling the fancies of a stranger bent on using me as an object. What happened?” – Logan, Jaime

While I grew up with a wide range of influences, nothing gave me so much permission to see myself as a sexual object as hypersexualized dance in my early 20s. My experience in dance was safe and healthy until a dance educator introduced something in the studio that I was only used to seeing out in culture. At that time, dancing on boxes in a club for tips (go-go dancing) was where I felt the most seen and affirmed. I completely missed how abnormal and exploitive our culture and hypersexualized dance genuinely are. I entered into commercial sex work and considered letting it define my future. Those things I had been exposed to became my identity, and I still, to this day, am trying to separate myself from them. Hard. However, most children in dance, especially young girls, are dealing with this in their most developmental periods, which puts them at a greater risk than myself.

As a young girl, I was inspired by “So You Think You Can Dance,” a competition show I watched religiously as a teen. They had so much passion and power. I longed to be able to dance like them. The contemporary style, furthermore, was always intriguing and wholesome. And I was safe mimicking that style in school because our teacher set healthy restrictions around costumes, music, and choreography. She required that all of us get her approval before we could spend one moment on practice. This healthy and safe culture lived on as I went to Community College.

Interruption: My friends and I found opportunities outside the dance room to move in the way that celebrities, music videos, and live performances had primed us. We would go to a local 18+ club where no filters or restrictions were set. After a particular hour, we got in a short line to enter an elevated cage above the dance floor. We could shake, grind, and hair flip as much as we wanted. Like animals. Dehumanized. The only limit was time.

Within a couple years, I moved out of state and discovered an incredibly talented and creative choreographer. She choreographed stunning and striking contemporary dance pieces fortified by intense ballet training. She produced thought-provoking dances dealing with major world issues. Our performances also benefited a local charity, a shelter for battered women and children. The studio culture was healthy, transformative, and focused on lengthening our lines and building our strength.

Interruption: She also taught burlesque, and her jazz classes had an undercurrent of the same style. Burlesque is historically a performance work focusing on mockery and ridicule of upper-class snobbery (What is Burlesque, 2015). Still, more recently, it developed into a sensual dance style in which “the aim is to tease and insinuate nudity, without fully revealing oneself” (Charles, n.d.). In these classes, we were challenged to harness our inner sex icon. One of the first classes I took involved walking across the floor, tall on the balls of our heels, with a sultry gaze in our eyes, to Katy Perry’s “Peacock.” Suffice it to say, I found it easy to fuse my cage dancing to my training.

Of course, I was not the youngest in the room. The studio filled its classes by talent level rather than age group, so I shared the floor with early teens. There was no age restriction, and I recall seeing girls as young as 11 or 12 in the classroom.

There was one on-stage performance where I danced with two other girls to “it’s a man’s world” in short shorts, black bras, unbuttoned white collared shirts, and red ties tied loosely around our necks. We flaunted our sensuality on and around metal folding chairs. There is no sugar-coating the truth here; it was a strip tease.

I am guessing the purpose of the piece was to draw attention to the sexualization and objectification of women in our society. However, that is hearsay since she never suggested any such meaning to us. Even so, the message was lost in our own personal objectification. To make it worse, my parents were in the audience. Because self-objectification had become so normalized, I had no indication that it might be offensive or inappropriate. In reality, I was hungry for affirmation and self-value, and since no one taught me otherwise, I thought the only way to feel those things… was through my on-stage sex appeal.

As my time out of state ended, I moved back to California. I immediately picked up a job at a Pole Dancing studio, teaching burlesque to older women. I also felt like I received the affirmation I was searching for when I would go out on the weekends with friends. If a box or cage opened up, it was within my character to jump up and show my best stuff. Soon I was discovered and offered a job dancing on boxes at a local bar (go-go dancing).

How could I say no when I was getting paid to feel valuable?

I put on the torn-up fish nets with pride, hiking up my already short Spanx (skin-tight short shorts) and tugging on a bedazzled push-up bra. I ratted my hair, pulled on fingerless gloves, plumped my lips with lipstick and gloss, and gave everything I had to get people to watch. If anything, I felt empowered and sexy.

Over time I showed more and more skin, relied more on my raunchiest dance moves, and even allowed a bit more hands-on audience engagement.

They tend to tip more if I let them touch me.

Then, every night, as I stepped off that box at the end of each shift, I experienced one of two types of interactions. I was either being (1) followed, grabbed, pulled in close, and offered money to go somewhere with a stranger, or (2) wholly ignored.

In both situations, I no longer felt human. I felt used and, to be frank, vulnerable. I was an object.

I went from dancing my heart out in the studio to coddling the fancies of a stranger bent on using me as an object for sexual gratification.

Culture, media, influences from my youth, and pornography, groomed me for objectification. Yet, at the same time, hypersexualized dance permitted me to identify with and act on it.

From college to go-go dancing, I suffered from severe anxiety. Along with it came disordered eating, physical attention-seeking, a fixation on my looks and how others perceived me, along with a severely negative body image, as well as a hypersexualized mindset and relational expectations.

Luckily for me, my exposure to sexualized dance was short-lived. Only a few years in my twenties, a blip on the screen of my whole life. What if I had that influence before puberty? What if I had seen hypersexualized dance on my personal device as a seven-year-old and then had a dance teacher telling me to wear skimpy clothes, do uncomfortable things with my body, and try to arouse my audience to songs about sex at age nine?

This is what cultural, media influencers are handing our children now. Today, children consume hypersexualized dance as if it came from a firehose as young as four through their teen years; they understand it as natural, standard, and expected. Girls are losing their sense of self-worth and readily accepting identities founded on sexual objectification because of the messages pervasive throughout TikTok, Instagram (Stephanie V. Ng, M.D., 2017, and APA, 2007) and hypersexualized expectations in the culture. Hypersexualized dance, made famous through social media, music videos, and live performances, inspires children to utilize sexual prowess to obtain the desperately desired attention and love.

Come to think of it, it was not until this year that I realized that I was dancing in cages in my late teens. Does that not say something about our society? What does it tell us when young women enjoy and get cheered on to dance sexually behind bars? They are being treated and accepting roles as caged animals. This is the societal takeaway for any girl regarding what is expected of her in this culture.

Have you ever stopped to consider why we pause in the middle of basketball and football games to watch girls in miniskirts and crop tops dance the way they do? Consider that our culture does this to girls in High School. Case and point, objectification starts early.

Admittedly, if my entry into hypersexualized dance happened younger, I probably would have accepted payment for those late-night meetings. I likely would have let them film it or even intentionally tried my hand at the pornography industry. 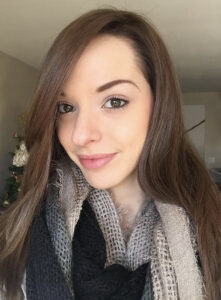 I cannot lie and say I never thought about it.

I could have destroyed my reputation. I could have locked myself into commercial sex work like many young girls do these days.

I have been interviewing other dancers like myself, as well as dance educators. One undeniable fact that has continued surfacing: hypersexualized dance plays a role in accelerated decisions for sexual encounters, decreased self-esteem, increased self-objectification, and a lack of understanding regarding consent and how to recognize exploitation and abuse.

It’s time we give children a healthy way of relating, feeling loved, and affirmed for who they are, rather than what they can excite in the viewer’s mind. Our children deserve better.

Do you have a healthy or harmful dance story that you’d like to share your dance story with Dance Awareness? Tell us at https://www.danceawareness.com/shareyourdancestory/

What Is Burlesque? – Definition, Songs & Dancers. (2015, March 25). Retrieved from https://study.com/academy/lesson/what-is-burlesque-definition-songs-dancers.html

Bio of Jaime: Jaime Logan (previously Woicicki) grew up in Sonoma County, California, and currently resides in the Inland Empire. Growing up, she was involved in theater, modeling, and dance. She eventually moved to Denver, joining a semi-professional dance company whose mission was to aid and restore battered women and children. She earned her Bachelor’s Degree in Psychology at Biola University, was awarded the President’s Scholarship alongside several other merits, and is now pursuing her Master’s Degree in Public Health Education and Promotion through Walden University.

She plans to use her training to become a Master Certified Health Education Specialist (MCHES) and develop long-term, comprehensive health and sex education for middle and high school students. Due to her experience of hypersexualization, betrayal trauma, and emotional abuse as a girl, she envisions the education emphasizing innate human value, body autonomy, and boundaries, developing healthy and emotionally-connected relationships, and building emotional connections in intimate relationships. She also later recognized the prevalence of, and the laundry list of issues associated with, childhood exposure to pornography, such as child-on-child sexual abuse. She also wants the curriculum to address tools for recognizing red flags and reporting all forms of abuse, empowerment versus objectification, online safety practices, and understanding the scientifically proven harms associated with pornography consumption.

While in school, Jaime currently works in Administration for Women’s Health Care and volunteers as a blog author for Dance Awareness: No Child Exploited and Biola University’s Center for Marriage and Relationships. She dedicates herself to using social platforms to educate on the harms of pornography and provide resources to teens, parents, and those who seek freedom from porn addiction. She also loves adult coloring books, reading, researching, and, of course, dancing. Since leaving the studio world, she still uses dance as her expression of praise every Sunday at her home church, alongside some of her closest friends. And above all, she loves spending quality time, and deepening her emotional connection, with her husband and partner for life, Jonah.