The 2021 Grammy Awards Performance and the Sexualization of Children 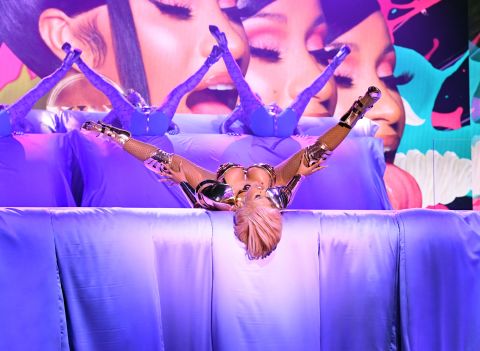 This is a post-truth era. We are living in a time where the idea of absolute morality is no longer in question. We are living in a time where individual autonomy reigns – whatever the viewpoint, whatever the circumstance. We live in a culture where what is right is defined by doing what feels right. But what if what feels right is fuelling injustice? What if what you long for and desire is also perpetuating a crime that impacts millions of children? Is what is right for you okay, even if it facilitates the oppression of others?

I’ve been reading articles about the Cardi B and Megan Thee Stallion’s “WAP” performance at the Grammy Awards. On one hand, individuals are responding with disgust and outrage at the performance. On the other hand, individuals are celebrating the act as the empowerment of women. This article is designed to introduce another lens to view the Grammy Awards Performance. It is important to address the questions: Who benefits from the sexualization and objectification of children? And, how are these acts connected to others such as the sex trafficking of millions of boys and girls, the production of child pornography, and the exploitation of children through cybersex trafficking?

Exposure to sexual media content without warning or consent
One of my disagreements with what happened at the Grammy Awards show regards consent; an important concept that failed to be upheld in a highly viewed event. Most families did not sit together to watch the Grammy Awards show with the intent of engaging in and internalizing sexual images. They did not intend to participate in viewing sex industry inspired costumes, props and choreography. Was there a warning to viewers and attendees that the performance had mature content intended for adult viewers? Was there an issued statement that there would be sexual media content and partial nudity? A viewer, especially a child or an adult responsible for one, has the right to know what they are being exposed to. Consent is a crucial aspect of exercising freedom in society. Learning to respect one another and ensure people have the right to individual consent in everyday life is a human right and responsibility. Through technology, and the increase in sexual media in our culture, the idea of consent and how it can be individually practiced needs to be a focal point of discussion.

Harmful effect of viewing sexual media content on children
The viewing of sexual media content has harmful and damaging effects on children. Alison Baxter indicates that “ studies on sexual content and violence in the media indicate that youth accept, learn from, and may emulate behaviours portrayed in the media as normative, attractive, and without risk.” It has impacts on the social, behavioural, psychological and physical development of children. As a result of viewing the Grammys Award performance, a child could learn from and emulate the behaviour portrayed. What behaviour was in the performance that would be alarming for a child to emulate? This could include exotic dancing, displaying partial nudity in public, and proactively touching genitals.

There are serious health implications on children and youth who are exposed to sexual content including: difficulty developing healthy relationships, sexually transmitted infections, and teen pregnancy. One study on sexual health, children and well-being indicates that negative outcomes regarding sexual activity are more likely with earlier sexual debut, as youth engage in sex “before they are prepared for the responsibilities involved.”Another study highlights how messages in media that are infiltrated with sexual content perpetuate views about sexuality that are distorted and potentially harmful. “A 2006 survey of high school youth aged 14-18 found regular media use was associated with support of sexual stereotypes and that youth who reported watching television for companionship were more likely to agree that sex is recreationally oriented, men are sex-driven, and women are sexual objects.”

Is the media our primary educator to children and youth on sex? How are we creating conversations on healthy relationships and addressing negative attitudes toward women and girls? Are we reminding our youth of their intrinsic value and worth as a human being, and helping them learn to respect one another? Or are we telling them that their identity is reduced to their bodies and sex? There are negative implications on children when they view and are bombarded with pop media messages (like the ‘WAP’ performance) that view women as objects for the purpose of sexual gratification. There are social, emotional and physical impacts that harm the development of children and their ability to engage in healthy relationships as adolescents, teens and young adults.

Desensitizing children to sexual images and sex industry
The Grammy Award performance is, however, not a surprise to me and many others. Last year, the Superbowl halftime show exhibited the same concerns outlined in this article. Additionally, the increase of commercial sex and the rise in pornography within our society demonstrates an overall celebration and glorification of “sex on demand.” The average age of exposure to pornography is 11 years old. The average. That means children younger than 11 years old are also viewing pornography. Psychguides.com indicates that:

Have most children watching the Grammy Award show already been exposed to pornography or sexually explicit content? Yes. And major pop media events in North America like the Grammy Award show, has helped fuel this horrendous public health crisis. In 2020, Exodus Cry noted that Pornhub searches for Shakira surged 1401% and 381% for J.Lo immediately after the Superbowl halftime performance. Through the inclusion of partial nudity and sexually inspired content with no disclaimer, these family television programs loudly proclaimed the message “viewing sexual images at any age is normal and healthy.” They shouted from the rooftop “sexual behaviour doesn’t have boundaries and sexuality is to be viewed publicly and experienced at any age.”

Unfortunately, these messages were sung by women that many young girls look up to and aspire to be like. In response to the Super Bowl halftime show in 2020, Timea Nagy, a woman who was trafficked in Canada for sexual exploitation, posted on her Facebook business page the story of a young woman that was trafficked for sex. The story highlights the harmful beliefs which can be adopted by young girls that regularly view such performances and behaviour in the media, and how traffickers utilize these perceptions to groom and recruit people into situations of exploitation. There is a parallel to these things happening simultaneously in our society. It isn’t a coincidence that cybertip.ca, Canada’s tip line for child sexual exploitation, is seeing an increase in tips – particularly around the production and distribution of sexual images and videos made by teenagers. It isn’t a coincidence that one of the main terms searched on Pornhub is “teen” pornography. It isn’t a coincidence that human trafficking, particularly commercial sex trafficking, is one of the fastest growing crimes in the world.

Who is going to draw the line? Who is going to keep the entertainment industry accountable for its negligence of ensuring there are proper safeguards in place to protect viewers?
I hope that rather than division, these questions will prompt dialogue. We have common ground here. I hope that you, and my fellow global citizens would agree that:

I believe in women’s rights. I believe in gender equality. But I also believe in protecting and upholding the rights of children and it’s my position that we have an urgent and pressing need for action that is geared towards respecting the rights of children to be protected from harmful behavior. We need to talk and wrestle through these difficult questions and advocate for change. Will you participate in this dialogue and lobby for justice? Drastic measures need to be taken to address the increasingly accessible sexual content permeating our culture, including in the recess yard. Steps need to be taken to support children, families and people in our society who have been harmed.

“The law condemns and punishes only actions within certain definite and narrow limits; it thereby justifies, in a way, all similar actions that lie outside those limits.” Leo Tolstoy 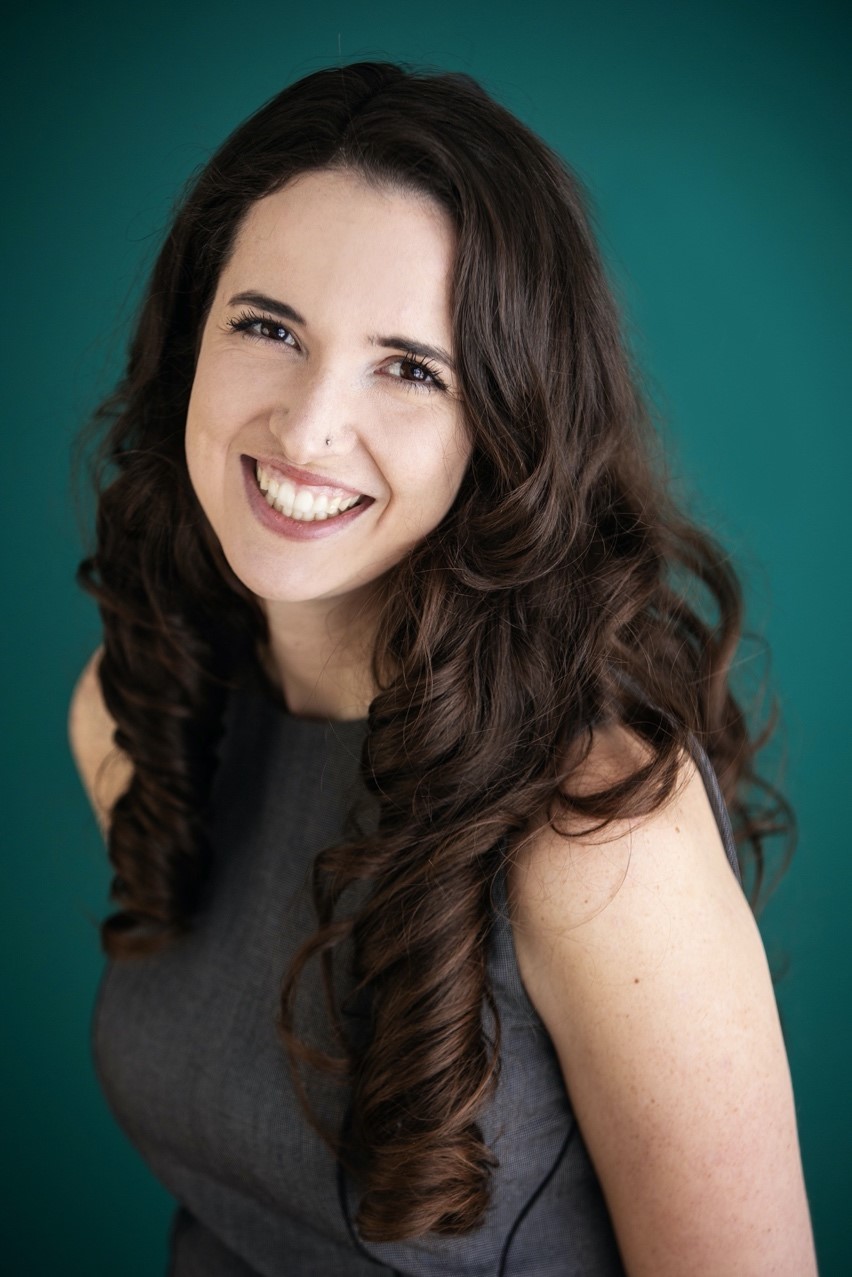 Mikhaela Gray-Beerman, MEd, is an anti-trafficking advocate, researcher and educator. The work she does is informed by the many inspiring women and girls who have entrusted their stories with her. Mikhaela is the host of a RogersTV television program on human trafficking called Freedom Fighters: Code Gray and she is the Chair of Untied Freedom, an anti-human trafficking committee. During her graduate studies at York University, she pursued scholarship in the area of human trafficking and education. In 2018, she spoke as a witness to the House of Commons Standing Committee of Justice and Human Rights in relation to the national consultation launched on human trafficking in Canada. She is published in the Journal for Teaching & Learning as well as the University of Toronto Press. Mikhaela has been a dance educator for 14 years in multiple disciplines, and she has conducted research on the positive impacts of Creative Dance on children, as well as developed multiple Creative Dance programs in her community. Most recently, she founded Wyldewood Creative Expressions, an outdoor performing arts school opening in Spring 2021.