AND THEN…. A Personal Invitation for ‘She Loves to Move’

It’s time to restore the wonder of childhood dance!

“DA:NCE Awareness invites everyone – from choreographers and dance studios to individuals, families and groups of any size – to choreograph the song ‘She Loves to Move’. Help us celebrate healthy, age-appropriate children’s dance all around the world! It’s easy:

1. Download the song ‘She Loves to Move’ at www.danceawareness.com/shelovestomove

2. Choreograph a dance and then upload and submit your recorded video to us. The big news? One grand prize winner will be awarded $5,000! And it pays to enter early! The first five eligible submissions will each automatically receive $100 cash prize – no strings attached. Submissions are being accepted now until June 30, 2023. For more details, investigate these links:

Friends, now that you’ve received your invitation for ‘She Loves to Move’, you need to know that I’m thankful. A good idea doesn’t just happen without a team of experts that make it happen.

A favorite movie of mine as a child was titled ‘And Then There Were None.’

In that mystery movie, the characters disappeared one by one. But at DA:NCE, instead of disappearing, more and more characters (aka DA:NCE team members) have appeared to incorporate their magic into ‘She Loves to Move’. It all started when I met Composer/Producer Steve Siler at the CESE(Coalition to End Sexual Exploitation) Conference in 2021. He is a gifted musician who creates Music for the Soul.

And then…..He and I connected as friends. I talked to him about creating a song about healthy dance that would be compatible with the vision, mission and educational goals of DA:NCE. Steve got it. He was onboard from the beginning. I hoped that it would be a portal to help the culture to understand 2 terms that dance educators have never had to reflect on in the past: healthy dance and harmful dance.

And then….About 4 weeks later, Steve sent me ‘She Loves to Move.’ I knew right away that it was the perfect vehicle to educate the culture about healthy dance with the emphasis on ‘Restoring the Wonder of Childhood Dance’.  The song has amazing beauty and creativity. I knew that I wanted to orchestrate it and have professionals sing the song. So I gave Steve the green light to do just that. We emailed back and forth through spring 2022. Then I received the completed song at the end of May. To help you know a little bit more about Steve’s heart, enjoy his May blog for DA:NCE . It spelled out his thoughts about the process.

And then….the DA:NCE Team started to work. Lots of collaboration that I’d like you to know about(drum roll):

Cheryl Schneider is the DA:NCE graphic designer working on the ‘She Loves to Move’ logo(aren’t we lucky?). Artistic and professional. She’s been with us from the beginning(Yup. The DA:NCE logo is her original design). What a pro! She listened to a team of collaborative thinkers and created the final design for ‘She Loves to Move.’ It took time but it was worth it. You’ll also see Cheryl’s work in the 2022 DA:NCE brochure, Share Your DA:NCE Story, ads and exhibit pop-ups.

Maryann Lacy, the DA:NCE administrator who has spent countless hours working on email lists to send out for ‘She Loves to Move,’ knows how to handle detail without getting grumpy and takes on everything with a great attitude. Very organized. Maryann adds just the right insight into whatever is discussed. FYI she also compiles the DA:NCE newsletter articles and connects with authors and dance studios in a myriad of ways. If you think I’m efficient, it’s because of her.

As head of communications and volunteers, Elizabeth Knight has mapped out a social media campaign that is clear and professional. Nothing would happen at DA:NCE without her.  We don’t need a fairy godmother at DA:NCE. We have Elizabeth. She can do anything in a twinkling of her magic wand. Watch for DA:NCE information on social media from Twitter & Instagram to Facebook. And in many, many other places……….

Steve Carroll, a master webmaster, takes ideas, gives input, and put them into practical form. Folks, trust me, this guy knows his stuff. Nothing is beyond his expertise. It’s complicated out there in IT land(especially for me). AND, he has a wonderful heart. He is the real deal, the computer guy(metaphor from SNL), that you want to have on your team. Too bad you can’t have him.

Marlita Hill is a dance educator that you’ll want to know personally. She is the DA:NCE adjudicator(judge) for ‘She Loves to Move’, has a BA and Master’s degree in dance, is a multi-book author, and has rallied an entire team of dance artists to make a final decision for the Call for Choreography. Marlita has a wide range of experience teaching movement composition and has worked with many dance genres. She even set up the dance program at R. Cortines School of the Arts in Los Angeles. I am excited to have her onboard the team.

And then some secret team weapons:

Neal Thibedeau(film maker par excellence) created the wonderful trailers and videos that have educated you about DA:NCE. Our latest donation trailer will be released in November. Get ready. It high-lights an interview with a dancer who experienced harmful dance. Neal is also working on a new resource for several ‘Share Your DA:NCE Story’ interviews to be be released in January 2023.

Last but not least, I can’t forget Jaime Logan. She has been interviewing dance educators with first-hand information about the differences between healthy and harmful dance for over 2 years.  Remember her blog article on the harms of hypersexualized dance. We hope to release a new ebook from her personal interviews in the Spring of 2023.

I am thankful for the exceptional team that I work with at DA:NCE. And I am also thankful for all of you on the extended DA:NCE Team who join me in the effort to protect children from hypersexualization in adult costumes, choreography and music, and the art of dance. 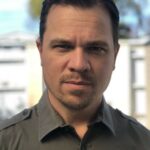 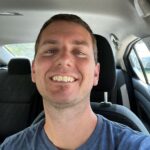 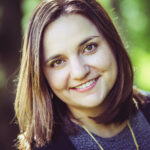 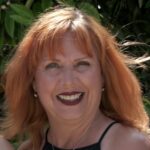 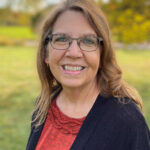 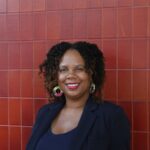 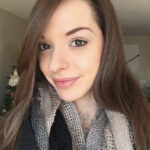 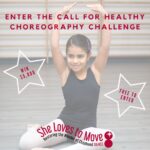