What Do the Experts Say: DA:NCE releases 25 Short Media Spots 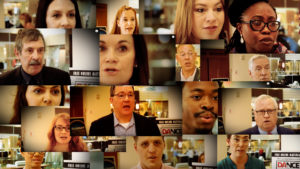 “The ballet, tap, and musical theatre items were impressive but, about halfway through the program, I found myself watching two 8-year-old girls strut around the stage. Their tight tops and low-waisted short skirts exposed them from ribs to hips. They ran their hands suggestively over a young boy’s shoulders and wiggled their hips as he winked at them. Fully made up — as competition dancers are — the effect combined to make them look like tiny women fighting to seduce their man. I can’t remember the song, but I do remember the comment made by a father sitting behind me. “Ugh, I feel like a paedophile watching this.” (article)

Caring adults are the protective factors for children. There are choices to be made when you decide on a particular dance studio for your child. That is why DA:NCE created 25 short ‘expert’ spots for intentional dance education on the internet; the spots were filmed with National Experts at the Coalition to End Sexual Exploitation in June 2019. Would you consider sharing them on social media so that we educate our culture? Clarity, brevity and power. They’re all about 30 seconds. Below are 3 of them:

Patrick Trueman, President of the National Center on Sexual Exploitation

As more and more people join the conversation about the abuse of children in dance, many dance educators (like me) are beginning to speak out about pornified patterns in dance. Like Dance Magazine. 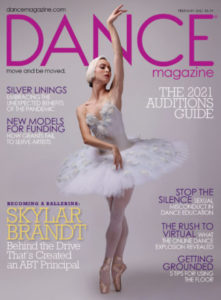 Article 1: What will it take to End Sexual Abuse in Dance Education?

“When I joined the RAD(Royal Academy of Dance) Board of Trustees, I couldn’t believe how little regulation there was around dance schools. When a school is hiring a teacher, they need to do a background check. Does that person have a conviction for sexual abuse or child abuse, for example? Are there gaps in their CV that they don’t want to explain. Another important issue is data protection. Does the dance teacher have the cell phone number of the student? This is a common and really bad practice. Teachers should be talking to parents, not the children. And this is an issue with social media, as well. We also need to empower children, so they know that they can say no when they’re uncomfortable. And we need to empower parents. If you’re looking at a school and you don’t see their safeguarding procedures written on their website or in their brochure, you should question them as to what they’re going to do to keep your child safe.” Peter Flew, Director of the School of Education at University of Roehampton in London, trustee of the Royal Academy of Dance, and chair of Safer Dance

There is no dance studio regulation? Why do we allow anyone to teach a dance class without training and without background checks? Just as troubling is data protection with cell phones & social media platforms. A lack of healthy media boundaries opens the door for predators to abuse children.

“We have to train people to be advocates for children. And then we have to normalize these conversations, because, otherwise, what will happen is what happened to me when I spoke up about the commodification and exploitation of children in Hollywood. I was blackballed. I was shamed. I was told by my colleagues that I was messing with their money.” Leslie Scott, Founder of YPAD(Youth Protection Advocates in Dance)

Leslie Scott of YPAD is a heroine. It’s time to normalize conversations about hypersexualization to shine a light on the problem in children’s dance.

“Recalibrating the culture of dance education would be a good place to start. Teachers and leaders often position themselves as gatekeepers to be revered and even feared. Young dancers are groomed to believe that they have no power to question, disagree or defend themselves. It is daunting to find the confidence to speak up, believing you could possibly be jeopardizing your “spot,” so you remain silent and comply just to stay in the good graces of your leaders. This needs to change.” Chanel DaSilva-MOVE NYC Co-Founder

Children are easily manipulated and groomed by predatory adults. If a teacher abuses a dance student sexually in any context, a child has no concept of being able to identify what is happening from that exposure.

Article 3: Dance students deserve to be safe  “For too long, sexual violence in the dance world has been a shameful open secret. Everyone in the industry knows it’s a problem. But what can actually be done to solve it?” Dance Magazine Writer Jennifer Stahl

Why are we doing this to children? Harmful dance puts an end to the beauty of healthy dance.

“Perhaps it’s time for dance teachers, competition organizers, and parents to step up. Perhaps we need to look at the dance industry and the Tik Tok videos our kids are imitating and decide it’s time to say, “That’s enough of that.” (article)

Join DA:NCE by Taking Action steps.  Share the 25 video short spots and be part of positive culture change.  Remember, we are the culture. Just this month, a lawsuit was filed against the internet abuse of children. At danceawareness.com, we have upcoming resources that will educate all of us about the dangers of the internet for dance students and dance studios.

Let me end this blog with a reminder. Mr. Rogers was an inspirational voice on television. His advocacy changed public television content for children because he wanted the material in TV shows to be healthy, not harmful. In a speech shortly before he died, he reminded us about the importance of caring adults. “Think of the people who have helped you to become who you are.”

How will we be remembered by the children on our watch? 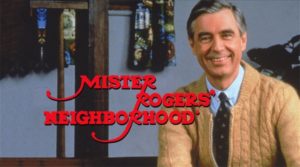